Kolkata, previously known as Calcutta, is the capital of India’s West Bengal state. It was also the capital of India during the British Raj in 1773.  Although Kolkata’s architecture still reflects its colonial past, the bustling city is now better defined by its honking cars, street food, cultural festivals. I had the best guides ever during my stay (shoutout to Simrin and Bijaya) and though my beautiful friends may not be able to show you Kolkata, never fear…see the list below and you’ll be able to retrace our steps 🙂

Mullick Ghat Flower Marketis Kolkata’s biggest and busiest flower market. Flowers a way of life in the city. They’re  sold for temple prayers, wedding decorations, and festivals, among other occasions. We arrived at 6am to see the flower merchants haggle and negotiate with buyers. I’d seen photos of the market before and expected to see a lot of female vendors but most of them were actually men.

Suspended over the Hooghly River, the  Howrah Bridge, a steel and iron landmark, connects central Kolkata, and Mullick Ghat Flower Market to Howrah Station. The Howrah Bridge is thought to be the world’s busiest cantilever bridge. It handles about 100,000 vehicles and more than 150,000 pedestrians every day. Go early in the morning and see people go to their daily worship and take a bath in the river.

Howrah Railway Station is one of the oldest railway stations in India. It serves the twin cities of Howrah and Kolkata. Situated along the banks of Hooghly river, this station has almost 23 platforms. Even more interesting, one can just drive their car into the railway junction complex, park it next to the platform, and then board their train. An estimated two million people arrive and depart Kolkata via Howrah station each day.

Kalighat temple is a key site for devotees of Kali and they will make pilgrimages here from other parts of the country.  If you come at night, you’ll see festivities and plenty of shops to visit.  According to legends, the city of Calcutta was named after Kaligha 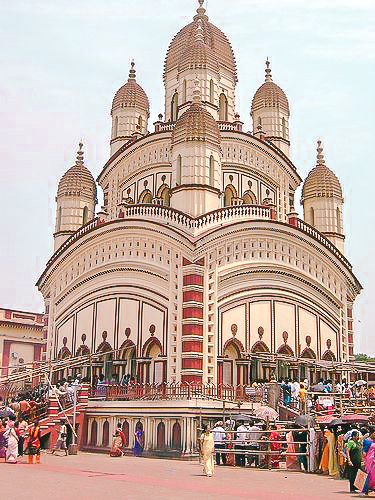 College Street is also known as  Boi Para (aka Book Market). It’s Asia’s largest book market and stands as a tribute to the people of Kolkata and their passion for reading.

Kolkata’s street food is a foodie’s dream. Sidewalks teem with choices like samosas, chai, and chinese noodles. You could almost mistake the scene for an outdoor buffet line. For a few rupees, (costing anywhere from 5 to 45 cents USD), you can savor a mouthwatering feast. More on this on another post. 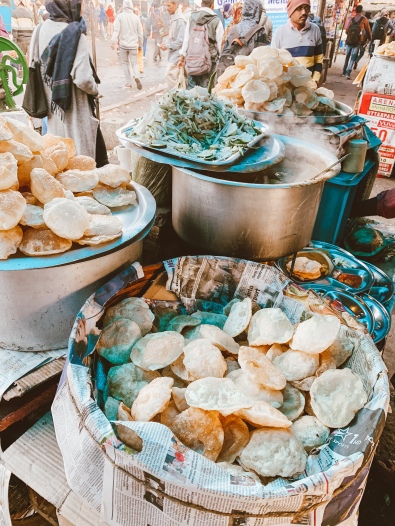 The Victoria Memorial is a white white marble monument to India’s legendary empress, Queen Victoria. It captures Kolkata’s British architectural heritage better than any other landmark in the city. It has ample green and open spaces along with numerous galleries housing  the Royal gallery, the sculpture gallery, and the Calcutta gallery, among others. Several portraits of Queen Victoria and her husband Prince Albert of Saxe-Coburg, as well as and Gotha and oil paintings, are displayed in the royal gallery.

Indian Museum was founded in 1814 and is the oldest museum in India. It’s spacious and it houses artifacts of anthropology, interesting zoological exhibitions, and exhibits of India’s various socio-cultural and scientific achievements. The entrance fee is about 500 rupees ($7 USD) for foreigners. It is one of the most impressive museums I’ve ever seen even though it felt neglected and in need of  renovations. A diamond in the rough.

New Market was built during the colonial era. It’s one of the oldest markets of Kolkata. Its covered and under its roof you’ll find over 2000 shops selling almost anything you can imagine. Clothing to luggage to electronics to a special cheese found nowhere else. Amidst all this bustle, look closely and you will find remarkable bargains. Newmarket is a place to shop for garments & accessories, flowers, and different food items including raw meat, fish, vegetables and fruits and even spices.

My favorite place In Kolkata. A place to reflect on the values of life, from what ever your persuasion. Here you will find Mother Teresa’s tomb, her room and an area with all her artifacts and photos of her life. She was an amazing women that makes everyone who visits want to be a better person, even if you don’t share the same faith,